Last post before this decade ends! So much has happened I nearly forgot what I was supposed to do when the season is over. That’s right. I usually look back and give my thoughts for everyone to watch. Take note that this is all based on my own preferences and if I don’t mention any other show, please take this with a grain of salt. Without further ado, here’s the last stretch. (For this decade.) Also, Happy New Year! 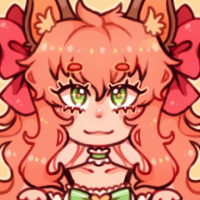 Where insights on anime, games, academia and life dare to converge

A Friday Morning Squee about Manga